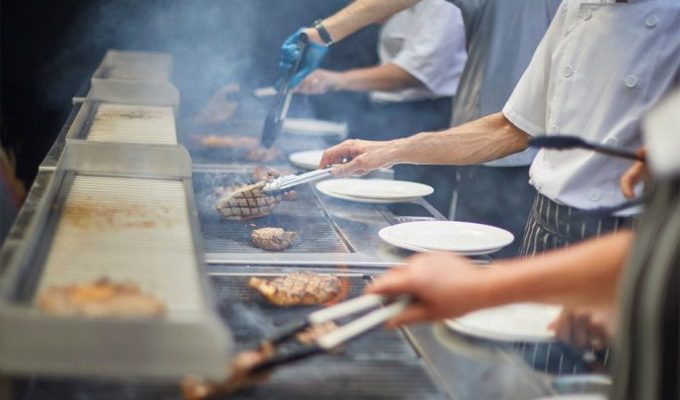 Last 4th of July the Word Steak Challenge 2018 was held in the building the Magic Roundabout in London (UK).
The World Steak Challenge, organized by William Reed is designed to recognize and reward the best meat producers in the World, offering them the opportunity to compare their products with their competitors the contestants from all over the world, from Australia to Germany, competed for the trophy of the general winner and can also carry gold, silver and bronze medals.
Tthis year, the Competition has completed its fourth edition and has managed to consolidate itself among the meat sector as a tool for promoting and certifying quality. The world Steak Challenge was conceived with the purpose of putting in value the meat as part of a healthy and balanced diet, as well as to establish a quality standard in the meat production worldwide
The event is aimed at meat producers, stockbreeders, processors, meat brands and wholesalers from any country in the world who are involved in the meat business participated in the World Steak Challenge 2018.
A total of 22 countries that presented different cuts of meat to opt for the best prizes Sirloin steak, best fillet and best rib, coming from 35 different races, including cross races and pure races.

The three winners are customers of Frigoríficos Bandeira

From among the winners of this year stand out three Spanish companies:

Development of the Word Steak Challenge 2018

This year there have been no developments in the development of the contest, they kept the categories of best sirloin, best steak and best rib, also gave a prize for the best meat from cattle fed with grain and A prize to the meat of animals that have been fed with grass.
The contest was divided into two stages, a technical round in which a panel of judges was in charge of evaluating the samples in crude, scoring their appearance, aroma, color, marbled and fat consistency.
After the sum of the scores only passed the candidates of each category that highest score obtained, receiving a gold medal, but also be designated second and third classified granting a silver and bronze medal respectively in the Next stage participated only the samples that obtained the gold medal and comprised two rounds of cooked meat, the samples were cooked in the same time of cooking times in a barbecue by expert cooks.
After finishing cooking, the internal temperature of the meat should be between 50 and 55 degrees Celsius, the panel of judges formed by cooks, food critics and master butchers from different countries of the world, let the meat rest for five minutes Before proceeding to the tasting and valuation, the criteria used were appearance, aroma, sensibility, flavor and succulence.

Great support of the industry

The Word Steak Challenge has a great support of the meat industry, with the conviction that this contest It is a way of putting in value the meat products

Although we were already present in Mercamadrid, it was in 2015 when we inaugurated our…

Let's start by trying to define the concept of "maturation" in Beef: "resting process to…

The value of beef

2021 © Frigoríficos Bandeira
Back To Top